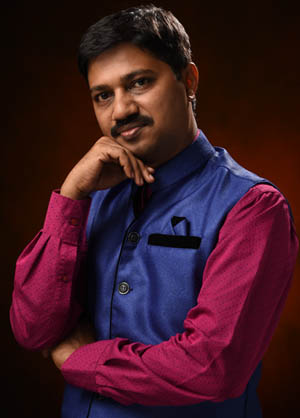 Lloyd Austin Rego who comes from Taccode i.e a "Hamlet of Poets" is an established poet. Lloyd Rego has been enhancing his talent and has been serving Konkani Literature right from the young age of nineteen. His poem" Oxim Sopnnam Oxigo Jeenn" was transformed into a song by Eric Ozario. This promoted Lloyd to look for a future in Konkani Music.

Lloyd produced his debut album"Swapnnam" in the year 2002. The applaud that he received for this album motivated him to produce Chandnnem. Jaadu, Roshan D’souza and he have worked together in the field of Konkani music for the past 14 years. Ravller, Mhojya Deva, Ankur, Kainch mhaka naka and Dabak daba Baila are the other albums which he produced along with Roshan D'Souza.

Lloyd along with Roshan D'Souza and Adolf Jayathilak has produced a masterpiece known "Ye Mana". The music album Ye Mana set a new trend in the field of Konkani Music with the incorporation of western styles. What set a standard in Konkani Music was Xetam Merer, a joint venture by Lloyd, Roshan, Adolf and Lavita Lobo. 'Xetam Merer' Album won 'The best Konkani Album of 2011' Global Music Award. Chandare Album another masterpiece won 4 Global music awards in 2015! Their role in the experimentation of Konkani music as well as getting the younger generation close to Konkani literature, language and music has been massive.

Lloyd is the recipient of Karnataka Sahitya Academy Award for his well known work Phalgunicho Vhallo. He was declared as the Poet of the Year 1999 by Mannd Sobhan. He worked as an Editor of MITHR for 7 years. He published his collection of Editorials ‘Otreg’ and poems ‘Petnnoli’ in 2004.

Lloyd has decided to go ahead in this direction of experimentation. He has many plans that ought to be executed in the course of time.